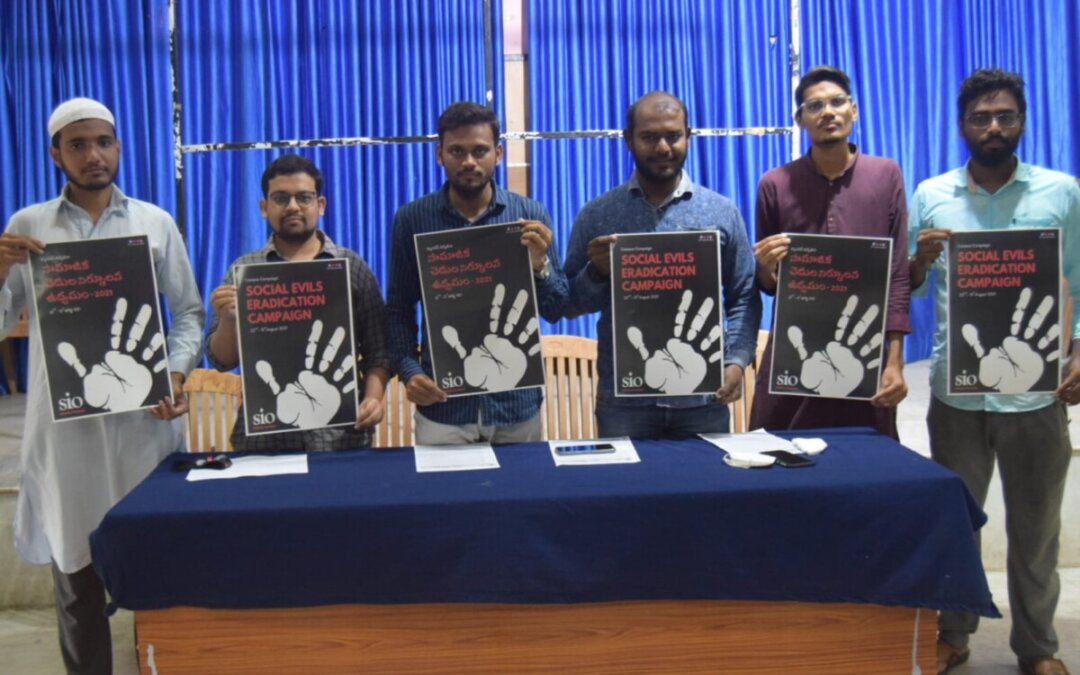 Sio Andhra Pradesh came up with a 10 days campaign titled ‘Social Evils Eradication Campaign’.Enlisting the issues found in the student community which are going to be addressed during this campaign :

Social evil is not a natural evil because it is brought about by the choices of individuals. Social evils are the issues that directly or indirectly harm the members of a society. We have always heard that education is the best way to improve the society and the purpose of education is to make people social beings but stats show that highly educated people also involved in crimes. The education system has failed to provide the moral values to the people. There have been cases where teenagers have been found involved in social evils. Due to the lockdown students were found to experience stress, anxiety, and depression more than others and consumption of alcohol and drugs too increased among the youngsters.

Mission of SIO is, to prepare the Students and Youth for the reconstruction of the society in the light of Divine guidance. In this regard it’s important to promote moral values in educational system and better academic and moral atmosphere in educational institutions.

The need of the hour is to impart moral and ethical values, empathy, understanding of the real purpose of life, having accountability & responsibility among student community. SIO believes that the real function of education should be to impart genuine knowledge about life, existence and future. A real student is therefore one seeking for the realities about life and universe.