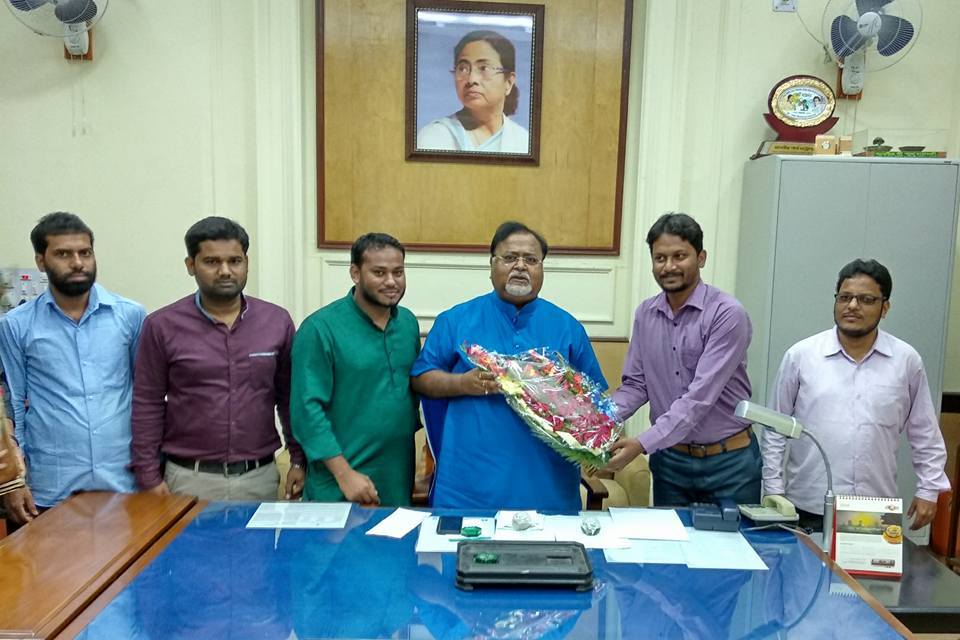 A delegation team from SIO West Bengal and SIO Murshidabad district visited Dr. Partha Chatterjee, Hon’ble Education Minister, Govt. Of West Bengal for congratulating him for the declaration of Murshidabad University. An appreciation letter along with the demand of establishing the university in Murshidabad as soon as possible also being submitted.

On that letter SIO West Bengal mentioned, “On behalf of Students Islamic Organisation of India (SIO), West Bengal Chapter, We would like to convey lot of thanks to your kind self for your announcement of setting up a university in 4 districts, including Murshidabad. You considered and understood the fact that in spite of spending 71 years of independence and having a population of 80 lakhs, there is not a single university in this district.

In this respect, we welcome and appreciate your perception and subsequent decision of setting up a full-fledged university in the historic place of Murshidabad along with other 3 districts.We are also thankful as you gave a patient hearing of the voice of Murshidabad during our last visit to your office. Indeed, we want all-round development of educationally backward people of Murshidabad as well as throughout West Bengal under the patronage of your government. We would like to see that these aspirations become a reality. Hence, we urge you to expedite the process of passing necessary act(s), laying out of foundation stone and starting the construction works at the as soon as possible.”