SIO Condemns Brutal Attack on Muslim Youth at Gulchakkar, Agartala & demands for safety for the people of Tripura 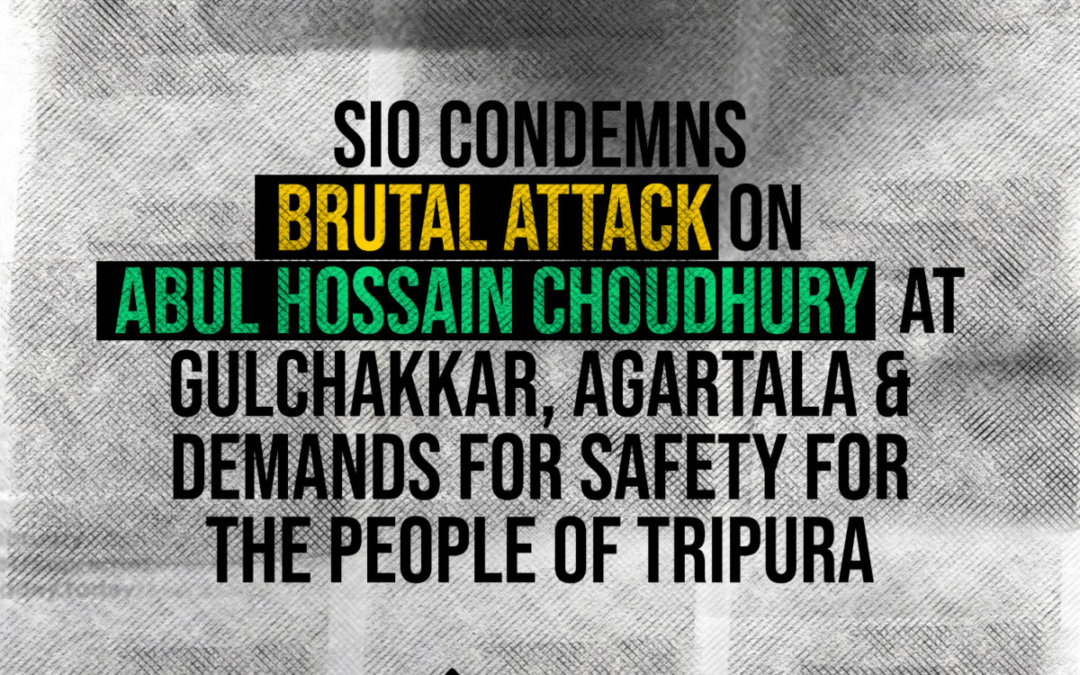 Tripura : For past few years, Tripura is witnessing the deteriorating law and order situation in many parts and anti-social activities are increasing day by day.

Even during this ongoing pandemic that too in night hours, goons roaming on bikes carrying sticks are threatening people, attacking women and prominent personalities in the name of vigilantism allegedly due to their religious identities. The latest victim of this is a Young Muslim youth, Abul Hossain Choudhury (30 years). It is stated that in the late night of 13th May 2020 at about 21:00 hour, some goons attacked Abul Hossain Choudhury just in front of his house, for no reason at all. It is unacceptable to note that they had beaten him and threaten his family to leave the locality because of their religious identity as stated by victim in the police complaint filed. It should be noted that this is not the first case for the people of Gulchakkar to be threatened for their faiths.

Students Islamic Organisation of India, Tripura Zone, strongly condemns the attack on Abul Hossain Choudhury and similar attacks before it, demands immediate arrest of the perpetrators to serve Justice to victim and his family. Raising serious questions about these incidents and failure of law & order due to which goons are roaming freely without any fear of law, SIO Tripura demands state govt to ensure effective law & order implementation to guarantee the safety for the people of Tripura especially Gulchakkar where this recent incident took place.