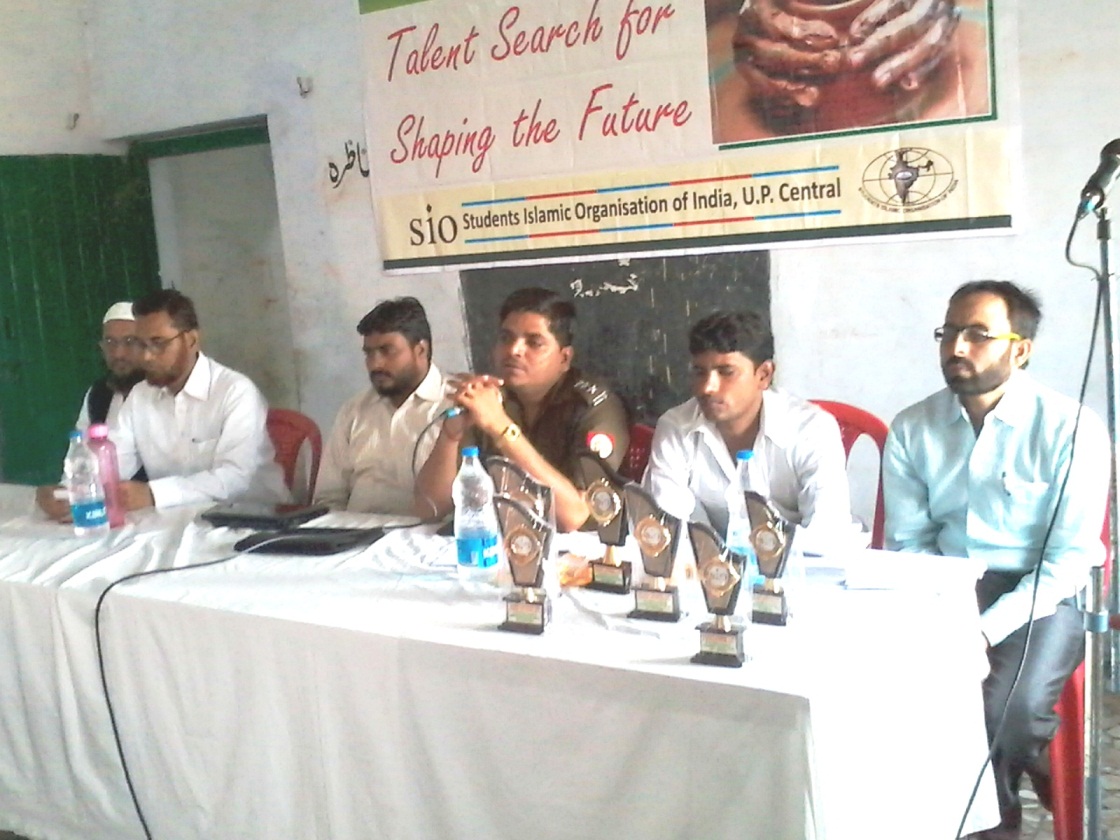 Maudaha chapter of the Students Islamic Organisation of India, UP Central Zone conducted an Award Distribution Program, “Talent Search for Shaping the Future”, an aptitude test as part of SIO’s North India Education.Around 600 students participated in the test and all the participants of the test were awarded with certificates. And top ten students were given medals and gift hamper by SIO UP Central.

C.O. Maudaha was present in whole program as a guest. He in his speech appreciated SIO’s work and motivated the students by sharing his student life experience.
Br. Najmussaquib Khan, Zonal President of SIO UP Central and Jb.Mohd. Akram Sb., regional organizer JIH Jhansi spoke on the occasion. The Program was convened Br. Moin, Circle In charge of Maudaha.