Dr Kafeel’s Detention Under NSA is against Protection of life and personal liberty: SIO 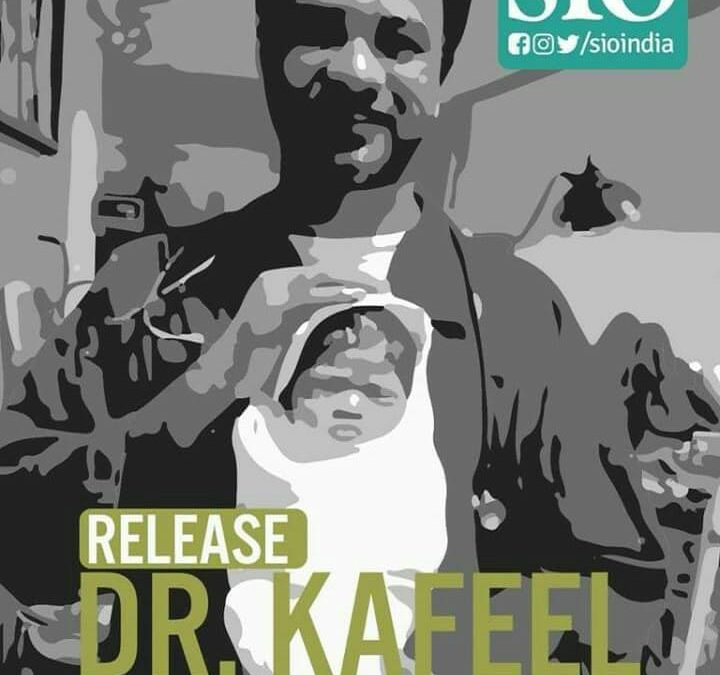 New Delhi: Dr Kafeel is an eminently qualified doctor who is also well known for his courage and social service. During the Gorakhpur encephalitis outbreak, he managed to arrange some oxygen cylinders and worked overtime during the crisis in BRD Medical College, Gorakhpur. Instead of honoring him for going above and beyond the call of his duty, the UP government made him the scapegoat for highlighting their negligence in the case. Despite being cleared of all allegations, the UP government continues to harass him on various occasions.

Dr Kafeel Khan spent nearly nine months in prison and two years under suspension. Which clearly shows the injustice done to him for his contribution. Over the last two years, despite losing his job Dr Kafeel reached small towns of various states to serve the poor and dispossessed.

Charging Dr. Khan under the NSA even after he was granted bail by court shows a brazen disrespect towards the law and direct violation of norms relating to preventive detention laid down by the Supreme Court. It is nothing but an expression of the ill intentions and malice that the Yogi government carries towards Dr Kafeel and all those who show up the government’s failures and disastrous record.

Labeed Shafi (President SIO of India) demanded to release Dr Kafeel’s immediately and revoke NSA and all baseless charges under which he has been booked.