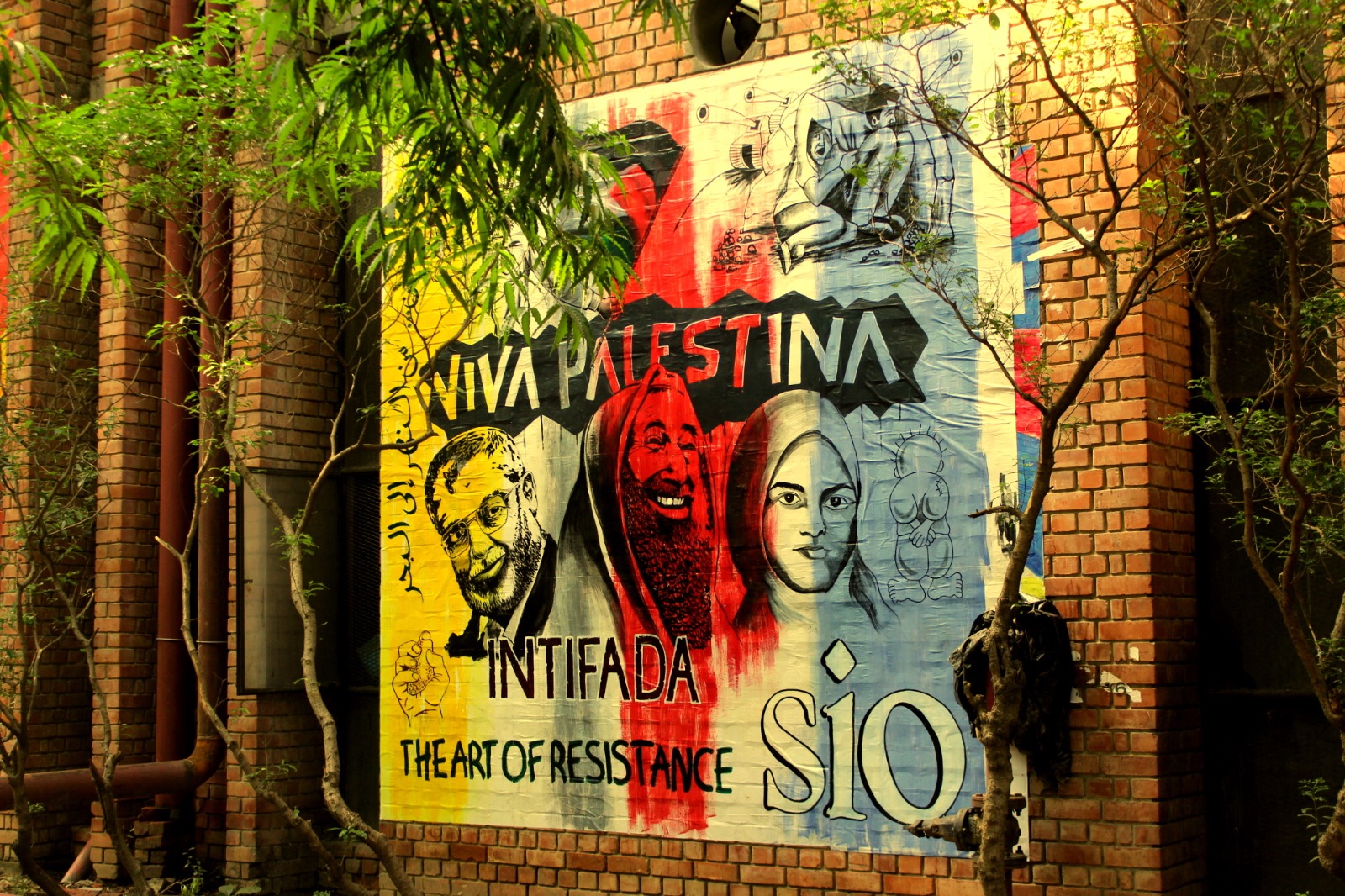 JNU is well-known for its student activism that is expressed throughout the year with several creative ways. Hand-made artistic posters are one of the most popular means through which student organisations convey the message that they propound for the student community and nation at large. This year #JNU unit of #SIO too has pasted a number of creative posters with strong messages advocating peace, harmony, and communal amity and deriding oppression and #injustice.

SIO JNU unit Secretary Afsal received the delegation and guided a swift tour of the campus showing the efforts being put by the student community. He also explained how with meager human and financial resources they have managed to pull off with the idea, for which he was especially thankful to Habeel Fee Zilal (SIO JNU Unit President), Waseem, Hisham Pgm and all the cadres.

SIO Delhi State President Khan Yasir congratulated JNU Unit and appreciated their hard work and efforts. He said: “This is a great beginning. We need to find ways to express our message as effectively as possible and I am glad that in spite of financial and logistic disabilities, SIO JNU Unit didn’t shy away from taking a great initiative and by the grace of Allah has successfully achieved what it had aimed for.”

May Allah spread the message of truth and voice of sanity far and wide!