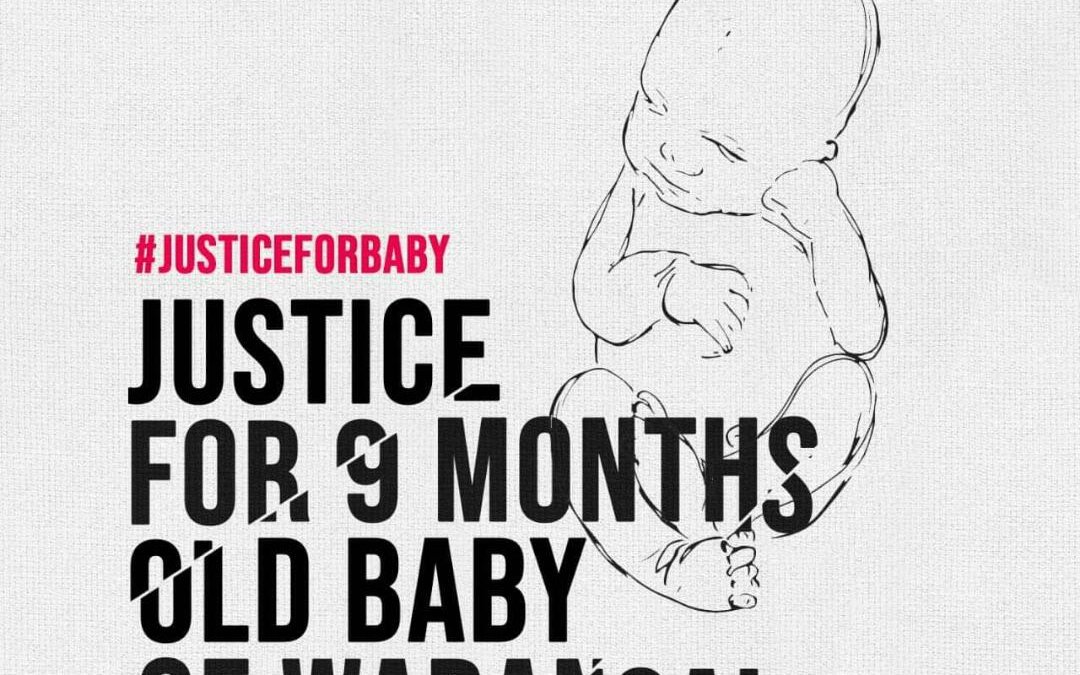 Labeed Shafi(President, SIO of India) expressed shock and dismay at the brutal rape and murder of a 9 month old baby in Warangal, Telangana.

“Crimes against women are one rise once again, and in recent days some incidents have reached the lowest depths of barbarity. The rape of a 9 month old baby in Warangal recently is extremely shocking. There must be swift justice in this case, but apart from action against these particular culprits, we must all as a society reflect and ponder upon a culture and a system that is allowing such unconscionable barbarity to happen, and that too with such regularity.” Labeed Shafi said.

Warangal 9 months baby died after brutally raped, when SIO leaders spoke with victim father, he said that her daughter was disappeared when they was sleeping on terrace of her residence, parents started searching they found baby with him, immediately baby was rushed to hospital and accused to police, SIO leaders assured all possible support to get justice.

He added that while our criminal justice system must be reformed to tackle such issues with speed and efficiency, a law and order approach cannot by itself solve this problem. There is a need for a moral introspection in our society, and a need to work on the  values we are imparting to our children regarding the dignity of female.