NRC and CAB are new issues to create communal polarization, to play divisive politics and to create fear among masses by government 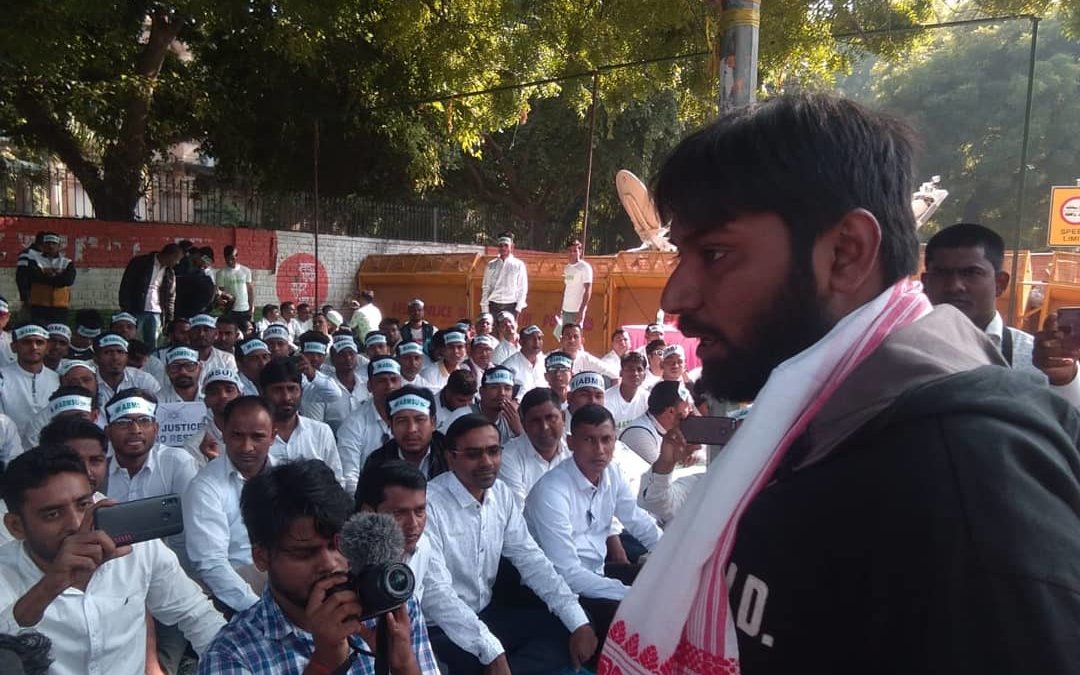 New Delhi: Azharuddin Syed (General Secretary, SIO of India) while addressing a protest in Jantar Mantar New Delhi said, we will oppose if NRC is carried out all over the country as well as the proposed Citizenship Amendment Bill (CAB) as both the issues are being created to divert citizens from the failure of government and to create fear among masses.

“SIO expresses grave apprehension on the announcement by the Home Minister of India that the NRC shall be implemented all over the country. We feel it is an exercise in vain and a deliberate diversion of priorities by the government to hide its failures on the economy, education, health and other core issues of welfare and development. When there are known procedures and laws to identify foreigners or illegal immigrants, then putting 135 crore people into difficulty seems unjustified. The failure of the NRC exercise in Assam shows the futility of NRC. 19 lakh people are not in the final list which was released couple of months ago and the government has no idea about what to do with them. Repeated assertion that Assam has four million infiltrators turned out to be false and huge amount of tax-payers’ money was wasted. Nation-wide NRC will only cause inconvenience to all citizens, and especially target the minorities and marginalized communities. If the government doubts the status of any citizen, it must prove that the citizen is not a legal resident and not the other way round, wherein bonafide citizens of India will have to prove their citizenship with documentary evidence. People should not panic on such political statements; however, they should keep their identity papers up to date which are useful for every individual in one way or the other.

Azhar further said, SIO feels that the Citizenship Amendment Bill (CAB) is against the spirit of our Constitution and is discriminatory. It proposes to grant citizenship only to Hindus coming to India from neighbouring countries and not to other religious communities. This Bill goes against the basic idea of India as an inclusive, diverse, secular, and democratic nation envisaged by the founding fathers of our Constitution. It is part of the agenda of communal polarization and we are sure the people of India will not fall prey to such divisive politics. If the government insists on nation-wide NRC and pushing the CAB, then we will oppose it and continue our struggle against it. We hope the opposition parties will play their role in Parliament, concerned organisations and citizens should stop the passage of these futile initiatives and protect the future generations.”

The youth of the nation should educate themselves regarding the ongoing political scenario of the nation and create awareness amongst people not to panic at any juncture, concluded Azharuddin.