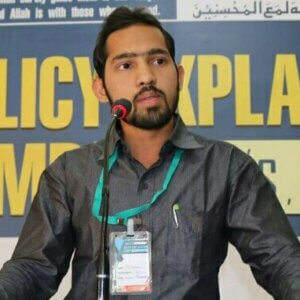 Mohammad Salman Ahmad hails from Mumbai and was the Zonal President of SIO South Maharashtra from 2017 to 2020. He has also held several other organisational responsibilities including Campus Secretary of SIO South Maharashtra (2013-14) and Mumbai City President (2016). He was also the Convenor of Joint Action Committee for Social Justice, Maharashtra, an umbrella body of activists and organisations fighting for social justice.

Salman has completed Master of Engineering in Construction Management from University of Mumbai. He has also taught at engineering colleges in the suburbs of Mumbai.